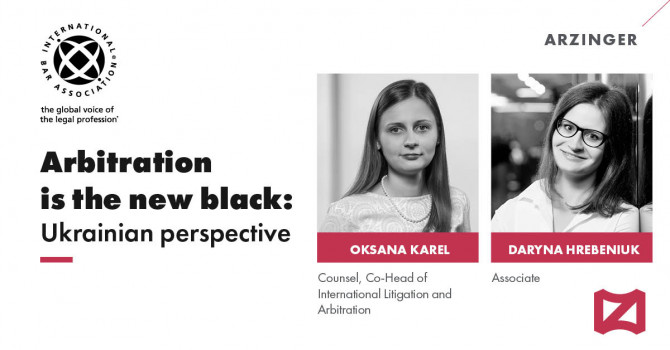 In recent years Ukraine is working persistently on attracting bigger flows of foreign investments into its economy. Dispute resolution options available for the investors are usually of utmost importance.

Arbitration is definitely becoming more popular and demanded in relations between foreign investors and state bodies and entities. As Ukrainian lawmaker becomes ever more active in its aspirations to make Ukraine an arbitration and investor friendly jurisdiction, it enshrines arbitration mechanisms in the field of public-private partnership giving a strong message to the investors that the arbitration clauses will be honored in and by Ukraine.

In Ukraine possibility to refer disputes to arbitration is addressed essentially by Law of Ukraine "On International Commercial Arbitration" and Commercial Procedure Code, Article 22, whereby any commercial dispute with "foreign element" may be referred to arbitration except for exhaustive list of cases.[1]

At the same time state bodies and state-owned entities usually are more comfortable with domestic litigation and are cautious when consenting to international commercial arbitration. To promote Ukraine as arbitration friendly jurisdiction Ukrainian parliament included direct provisions in the law recognising and welcoming arbitration as means of dispute resolution involving state organs in particular in privatization, renewable energy and concessions projects.

Privatization of state property was the first sphere to be addressed. In February 2016, the Law of Ukraine "On Privatisation of State Property"[2] was amended with provisions granting explicitly parties with a right to incorporate arbitration clause in an agreement on sale of privatisation object. If the parties cannot agree upon the arbitration institution, the SCC shall be designated by default.

This provision with minor amendments was transferred to the new Law of Ukraine "On Privatisation of State and Municipal Property"[3]. Moreover, the law allows the laws of England and Wales to be the governing law of the agreement on sale of privatisation object upon a request of a non-Ukrainian purchaser. That option is of transitional nature and will be available until 01 January 2021.

The next arbitration friendly public-private sphere is renewable energy generation.

Under the new model PPA the parties shall aspire to settle all disputes and may contact the Energy Community Secretariat's Dispute Resolution and Negotiation Centre for assistance in such amicable settlement efforts.[4] If no settlement was reached within three months as prescribed by the Procedural Act 2016/3/ECS,[5] any party may initiate dispute resolution procedures: either ICC arbitration seated in Paris, France or competent Ukrainian commercial court.

Should the parties include the arbitration option RES producer shall make payments to the special fund to cover potential future expenses of Guaranteed Buyer in arbitration.[6]

Further, to facilitate the attraction of private equity in October 2019, the Ukrainian parliament adopted the new Law of Ukraine "On Concession" with updated concession dispute resolution provisions aimed to introduce more confidence and guarantees for potential investors. Article 45 of the Law now expressly states that parties to a concession agreement are free to choose their dispute resolution mechanism, including mediation, non-binding expert opinion, domestic or international commercial or investment arbitration. Importantly, by means of concession agreement's provisions state may waive its immunity, which immunity shall cover rendering of judgements/ awards on the merits, interim relief and their coercive enforcement.[7]

Recently Ukraine has been showing an ever-growing pro-arbitration trend in legislation. Gradually, this trend is spreading to court practice as well. Ukraine has shown its strong dedication to promoting arbitration firstly in spheres with active participation of state bodies and state-owned enterprises but not only these.

[1] Article 22 of the Commercial Procedure Code of Ukraine. Available at: https://zakon.rada.gov.ua/laws/show/1798-12

[4] Model power purchase agreement on sale of electricity under feed-in tariff, approved by the Resolution No. 641 dated 26 April 2019 of the National Energy and Utility Regulatory Commission. Available at: https://zakon.rada.gov.ua/laws/file/text/72/f484354n240.doc