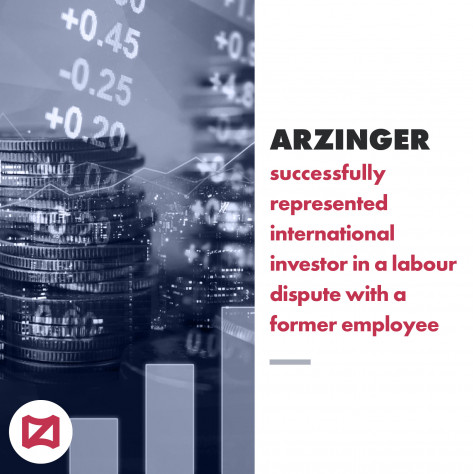 Arzinger's dispute resolution and employment lawyers obtained a decision in favour of the client in a dispute with a former employee. The team elaborated and compiled the evidence base as well as developed a legal stance when the employee appealed against her "problematic" dismissal by the employer. Such actions brought the desired positive result for the client.

The dispute was quite remarkable in view of the following:

1) The dismissal was initiated by the employer based on an internal investigation. It was preceded by the employee's regular violation of labour discipline and labour regulations;

2) Proving the regularity of the employee's violation of labour regulations as a ground for her dismissal was complicated.

International investor is a global group of energy and petrochemical companies operating in more than 70 countries and employing a total staff of 83,000. In Ukraine, it is mainly engaged in the construction and operation of gas stations as well as in the sale of fuels and lubricants.

Arzinger  is a leading independent Ukrainian law firm that has been providing top-notch legal services to international and domestic companies since 2002. Headquartered in Kyiv, the firm has two regional offices in Western and Southern Ukraine, thus being able to provide quality legal support to clients throughout Ukraine.